Action, Action:  Despite my usual issues with PPD, I almost always go, as I do feel that it is important to support my local Pagan community. Thought we were going to get rained out, but it dried up just long enough for us to take a run out to the Fair Grounds for the Central NC Pagan Pride festival.

There wasn’t really any workshops that I was interested in this year, but hubby and the kids tagged along and we picked up some nice Elderberry Syrup from Swanfire Farms, and got some info on Starrlight Mead. Which while they weren’t allowed to sell at PPD, are just a bit down the way in Pittsboro. So definitely going to have to take a little road trip and pick some up! There was a nice bit of drumming going on when we got there though, so thought I’d share a pic and music to keep the mood going.

Musical Musings: Not from this year, or even a PPD, but this is the group that was leading the drumming. Well worth a listen!!

In Your Own Words:

So… lazy Pagan that I am, I really didn’t have any plans for last night.  Not only did I not get off work until about 10p, but I knew that I was going to have to get back up at about 3:45a to start my next shift, so really sleep was all I was really thinking of doing. However it seems that the universe had other plans for me.

I’ve been feeling “called” to make a specific necklace for the last couple months, and I was finally able to order the materials that I needed the other day, and it was just my luck that they came in yesterday afternoon. As most people know I’m not a very crafty sort of person, I mean I’m good with ideas, but generally suck on the execution – but this has been bugging at me for a while, so I felt that it was something that I needed to really get done.

When I got off work, I sat down on my bed and was just going to look at the materials, sort them out, do a bit of organizing. Which is why I was still there 3 hours later, fingers and various other body parts cramping in pain from non-stop working. Did get it done though, and it turned out pretty good (if I do say so myself).

While I normally associate ravens with Odinn, for whatever reason I was specifically nudged in the direction of his wolves in the making of this, and it is for Him that it was made. I’m not entirely sure what that means, especially considering that I didn’t really get much of an indication that he was particularly interested in me, when we had our little chat earlier in the year. It’s true though, that he is often on my mind, though that’s probably because we have a lot of crows in our area – which while obviously not the same as a raven, yet still seem to always remind me of him none the less. Guess we’ll just have to see where it all leads… 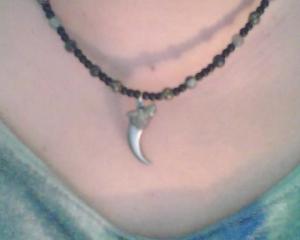 Not the best picture in the world, since I am still more or less camera-less, but as I was despairing of even being able to post a pic, I remembered that I do have a webcam (crappy quality… but beggars can’t be choosers).  It was made with black obsidian, two different shades of labradorite, brass beads and a pewter and brass wolf pendent. Hopefully I’ll be able to get some better pics up one day.

While the event itself was not Pagan related in the slightest, I had an interesting experience earlier this week, and felt it was worth sharing. I went to a memorial service on Monday at a large government agency, and though “God” was often mentioned by the various clergy members who were present, I was pleasantly surprised during the Invocation when the Senior Cantor made a point of acknowledging that there are many different ways of seeing Him, and of worshiping Him – to the point of specifically mentioning the word “ritual”. Which clearly that word is not specific to Paganism, but it’s also not one that you hear as often in conjunction with Christian rites or services, so (despite the possibility that I’m a bit biased on the subject), I took it as a slight nod to those in attendance who might be of a Pagan faith.

I really wish I had a transcript of the entire thing, because it was very well spoken, and went a long way towards recognizing those of various faiths, other than Christianity. Normally I am a bit uncomfortable during things like that when it’s “God this…” and “God that…”, not because I have any issue with Him, but I sometimes feel like an impostor when He is invoked, and I don’t like to just mouth words that I don’t really believe in. That there was  purposeful acknowledgement of other faiths during this ceremony, went a long way to making me (and I’m sure some others as well) feel that sense of inclusion, that is often missing at these sort of events. This is especially important, as it comes at a time when we sometimes desperately (due to the sadness we are feeling at the loss of a loved one) need to feel that we aren’t so alone in our grief. 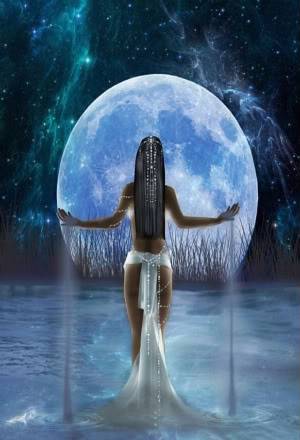